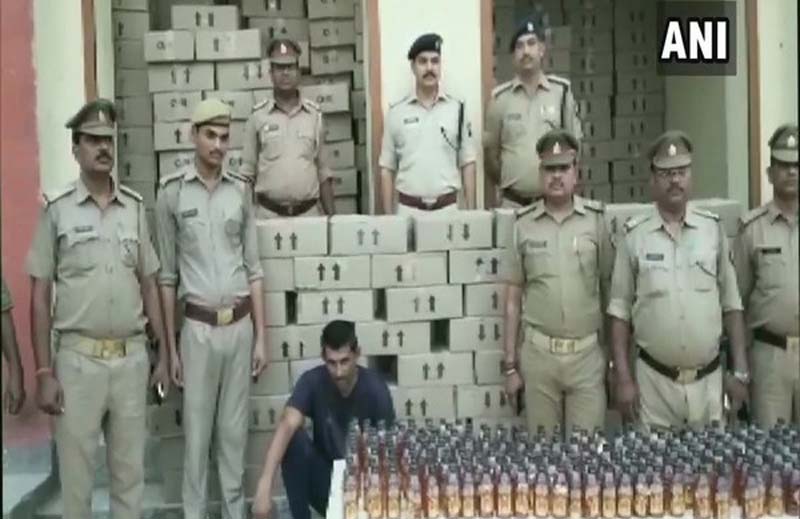 Lucknow: Police on Sunday seized illegal liquor worth over Rs 50 lakh and arrested one individual from Farid Nagar field of Lucknow.

The illegal liquor was captured from a truck,” stated Kalanidhi Naithani, SSP Lucknow.

“Police has seized illicit liquor worth over Rs 50 lakh from a truck, today. A man has been arrested in connection with the case, while two others are absconding. The truck has been seized,” Naithani said.