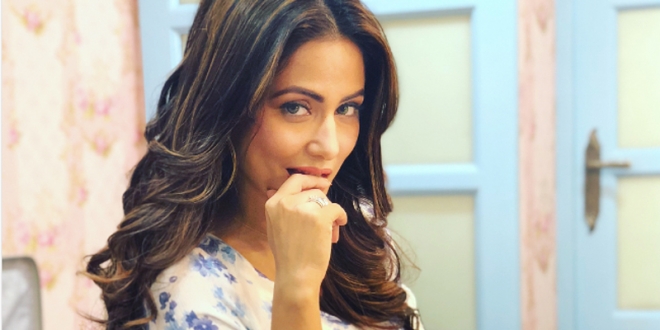 Cannes: After attracting eyeballs for her Cannes debut, TV star Hina Khan launched the poster of her first film “Lines”, which is set in the backdrop of the Kargil War, at the 72nd Cannes Film Festival.

The poster launch took place at the festival’s India Pavilion on Friday after which Hina, dressed in a chic green outfit, gave a talk along with the “Lines” team on stage.

The poster that has Hina’s face with maps of India and Pakistan in the background, gives away the theme of the film.

“Lines” depicts the story of a strong young woman portrayed by Hina living on the country’s border (LoC) with special emphasis on her struggle and problems of daily life.

“Emotions don’t change because of the borders in between, the life and plight of Nazia is a simple portrayal of any girl who faces the magnitude of ordinary challenges in a not so ordinary story.”

“‘Lines’ is my debut in films,” she captioned the poster, which she shared on Instagram on Friday as well.