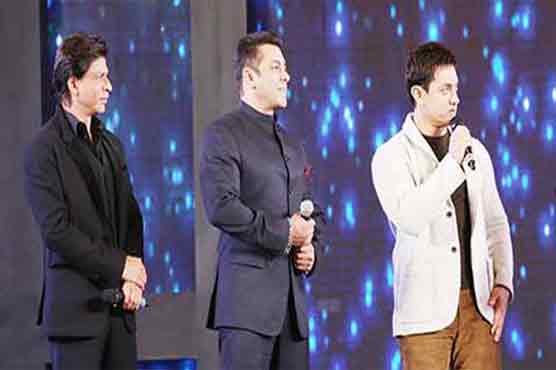 Mumbai: Amir Khan has come ahead after Salman khan to state that there is no opposition between him, Salman khan and the third star Shah Rukh khan.

Aamir stated in Mumbai that there is no number game between them. Salman Khan took this matter on a social networking site twitter too and shared “Shah rukh khan and Aamir Khan are my buddies, bhar mai gaya number 1, 2, 3” ( Shah rukh Khan and Aamir khan are my friends do hell with the ratings 1, 2, 3). He was upset looking at how his fans were reacting. Aamir agreed with Salman and said we three love each other and there is no ratings between us, In my heart I feel the same as Salman does. Amir stated that not only he but shah rukh khan, Salman Khan, Akshay Kumar and Ajay Devgn are all successful stars and people love the work we do. We should not taking social media seriously as most of its judgments are opinion based.