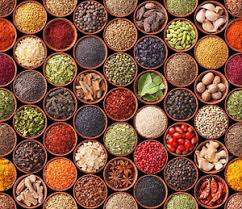 Mouth watering aroma, finger-licking taste and blend of colours, it is nothing but magic of delicious Indian cuisine. Have you ever thought what makes Indian food so tasty? Yup, none other than exotic collection of spices they add to it. Indian spices are used in food recipes and  to treat ailments. But it is not the only reason why these spices are important. Indian spices have great historical role. Yes, there was a time when these spices were as precious as gold. So what was the reason behind it? Let’s check it out.

Trade and conflicts on Indian spices: Spices offered  great to attraction traders. They moved to India just to establish their market for spices. They even used political and other powers to make it possible.

Invention of garam masala: North India is cold area. They always wanted a way to escape from cold. It was garam masala.

This short history of spices is very fascinating. Spices add flavour to food and life!