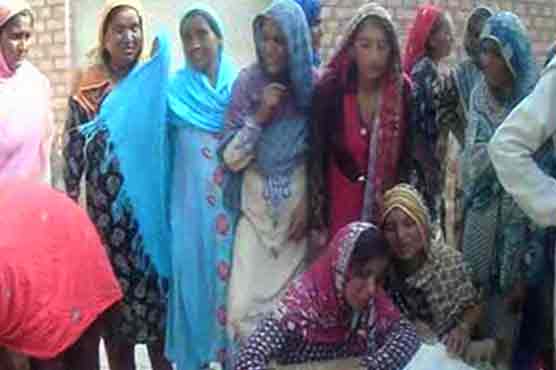 Due to a family dispute a father and son were killed by atleast four armed men im Burewala.
According to the details this disheartening and sad incident took place in Basti Machhian Wali on Monday’s night when four armed men jumped inside the house of Nabi Baksh Mohammad Nawaz and tried to forcefully kidnap ker daughter Naveed bibi, on the girls resist one of the man open fired killing the girls father and brother and ran away after kidnapping the girl. Naveed bibi’s (the kidnapped girl) younger brother also got rigorously injured during the incident. On getting the information, police officers hurriedly arrived at the scene and shifter the dead bodies to the hospital for post mortem. According to Zulfiqar Ali, Deputy senior superintendent (DSP) the search operation is in progress to arrest the culprits and bring the abducted girl back.