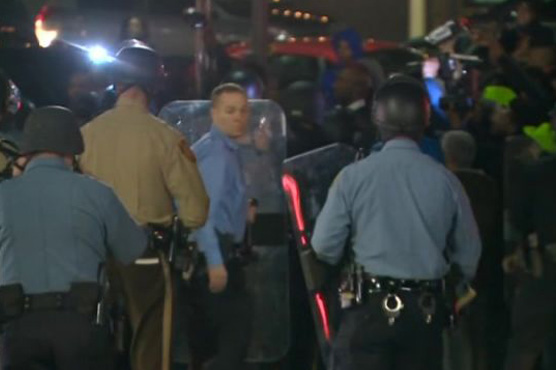 A attacker described to be wearing a bandana attacked and shot a police officer sitting in his car in the Missouri city of st louis on Tuesday. The 39 year old officer was shot in torso but was saved by the bullet proof vest. St louis police chief Sam Dotson stated that he is the sergeant of the st louis police department, working in uniform. The attack was a result of the police shooting an unarmed black man Michael brown in the st louis suburb a year before, which led to a racial tension.

In Newyork Two officers were shot dead in December by a man who was furious and wanted to kill the police to revenge brown and eric garner who died after being arrested for selling cigarettes. On tuesday a car pulled infront of a black officer who got assigned for his second job. A black man wearing a bandana came out and started shooting. It is believed that the black guy was the same shooter who attacked an officer earlier.