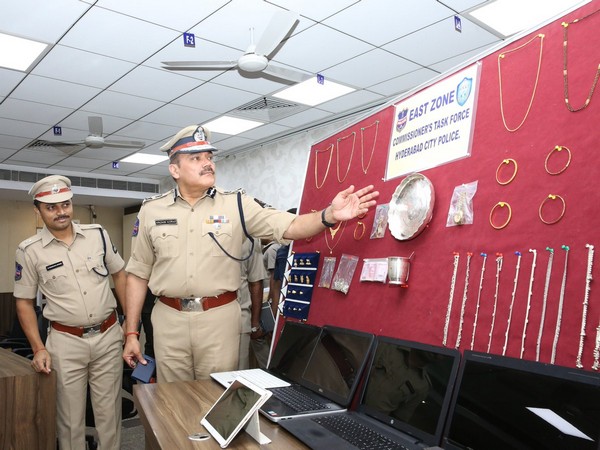 Hyderabad: A team of Hyderabad Police has arrested the most wanted house burglar, Nenavath Vinod Kumar alias Akhilesh Kumar. “Gold ornaments weighing about 53.4 tulas, silver ornaments weighing about 1 kg, four laptops, one Honda Activa Bike, one Samsung TV, one Samsung Tab and Rs 41,000 in cash were recovered from his possession,” Police Commissioner Anjani Kumar said on Thursday.Nenavath is a car driver by profession and is accused in 28 other cases based on which he went to jail twice in 2015 and 2017.However, after being released from jail, he again committed burglary in January this year and was caught by police. “The arrested accused along with seized property was handed over to SHO, Rein Bazar PS, for taking further action,” the Commissioner said. Source: ANI