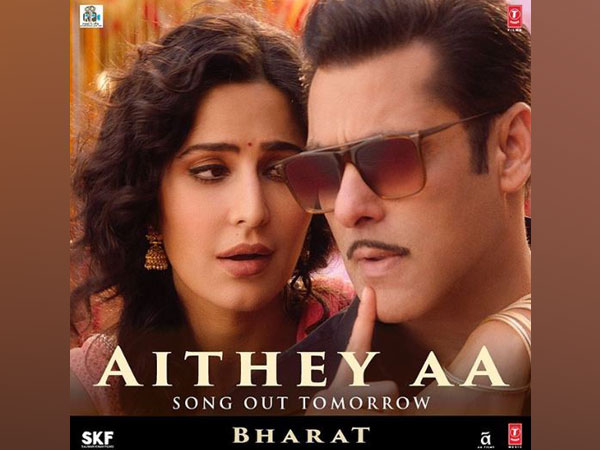 New Delhi: After treating the fans with ‘Slow Motion’, and ‘Chashni’, makers of ‘Bharat’ are all set to release the third track of the Salman Khan-starrer.

Taking to Twitter, the ‘Dabangg’ actor wrote, “shaadi waala gaana Aithey Aa Song Out Tomorrow,” along with what appears to be a still from the upcoming track.

In the picture shared by Khan, Katrina is seen in a pink saree and a loosely-tied braid. To complete the desi look, the actor has opted for a red bindi, a pair of golden jhumkas and bangles.

Khan, on the other hand, can be seen wearing a black shirt, a pair of sunglasses and a pencil moustache.

Apart from Salman and Katrina, the film stars Nora Fatehi, Sunil Grover, Disha Patani, Jackie Shroff, and Tabu in pivotal roles.
‘Bharat’, which is being helmed by Ali Abbas Zafar, is set to release on June 5.