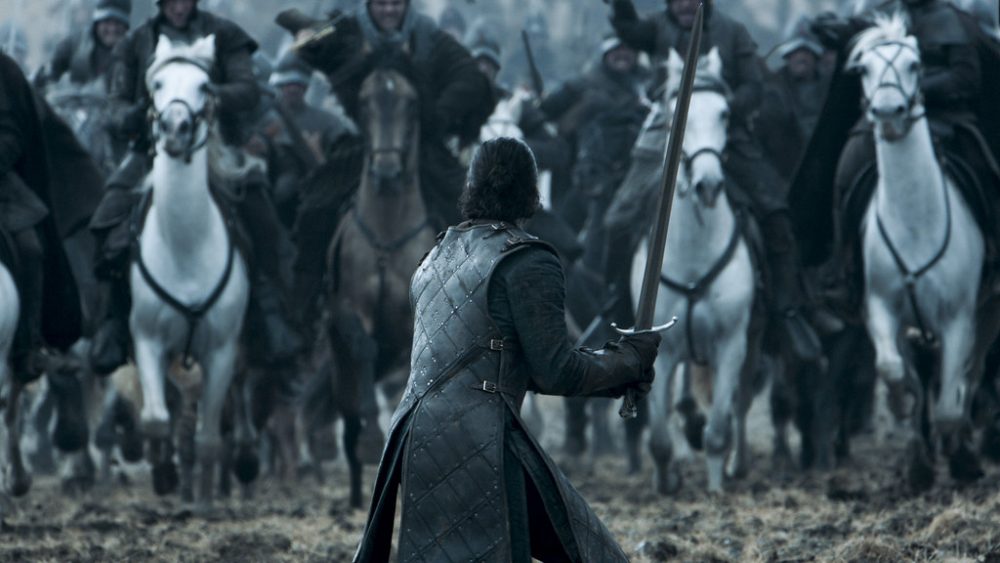 Hyderabad: The final episode of ‘Game of Thrones’ was aired in India on Monday morning.

One of the most popular HBO serial in recent times that ran for eight years ended in a manner that had made many avid viewers mad. However, there were also some who thought that though on expected lines the series concluded well.

In 80 minutes, David Benioff and D.B. Weiss wrapped up a show that’s spanned eight seasons, two continents, seven Houses and hundreds of thousands of corpses, and they did a decent job at it. There was no way this show was going to give us the perfect conclusion, not after it began rushing toward that conclusion. The first ten minutes of series finale should have been the last ten minutes of this season’s finale.

Instead, it’s all over, with so much of a story left untold. In an ideal world, Season 7 should have been 10 episodes setting up the conflict with the Night King. Season 8 should have been another 10 episodes resolving that conflict and setting up the showdown with Cersei, as well as further establishing Daenerys as a dangerous, mentally unhinged conqueror. And Season 9 should have been the evisceration of Cersei and King’s Landing and the fight against this new Queen of the Ashes, out to liberate all of humankind, through blood and fire.

So much in this episode would have been truly great if we’d just gotten here more naturally. Jon’s resistance to Tyrion’s common sense discussion about Daenerys and the threat she poses the world might have made sense if Jon and Dany’s relationship had been even half as convincing as Jon and Ygritte’s. If he’d truly loved her, his unwillingness to hear Tyrion’s truths would have sounded believable. But there’s nothing about Jon Snow’s character that would defend Daenerys in this situation. He clearly believed that what she did was wrong, that what she described in her speech to the Unsullied and Dothraki was abhorrent, the words of a self-deluded megalomaniac.

In the end, because he’s Jon Snow, he does the right thing and kills Daenerys Targaryen, Mother of Dragons, Breaker of Chains and Liberator of King’s Landing (or at least mass murderer of that city) before she can liberate another population.

Instead, Drogon melted the Iron Throne, as if even he acknowledged that it was the lust for power that led his mother to her demise. In the end, he still demurs to Jon, bowing before he flies away, Daenerys clutched gently in his talons.

This is the denouement we’ve all been wondering about. What happens when the final boss is dead, when the show has to wrap up its many threads? Well, let’s see . . .

Tyrion comes before a smattering of nobles— the Starks, of course, plus Davos (because he’s always around despite being a very minor knight) and Brienne of Tarth (her parents are dead?) and a grown Robin Arryn, plus Edmure Tully and Sam Tarly and various others, including a new Dornish prince.

They decide, at Tyrion’s urging, that Bran is made king and that from now on kings are chosen by the noble Houses rather than by birth, because kings’ sons are monsters more often than not. Everyone agrees, including Bran, and Bran The Broken is named king. “Why do you think I came all this way?” Bran (aka the Three-Eyed Raven) says.

Bran names Tyrion Hand, a fitting punishment for all his screw-ups according to the new king. This seems to convince Grey Worm. Grey Worm also agrees to Jon Snow being sent back to the Night’s Watch, and for some reason everyone adheres to this plan even though Grey Worm and the invading armies all leave and they could just have Jon come back to Winterfell a few months later.

Sansa is the only one who doesn’t bend the knee to her brother. She insists on the North maintaining its independence and Bran agrees and Sansa ultimately becomes Queen in the North, which she deserves.

Arya heads out West of Westeros on a crazy exploration adventure.

In King’s Landing, a new council is formed.

The finale’s flaws were mainly born out of rush.

At times the final episode was brilliant. At the same time, there is no other show that is so visually evocative.

The diminutive Peter Dinklage was phenomenal in this episode. He’s really been the thread that ties this entire season together, and even though it seems like he just keeps making mistake after mistake, all of his mistakes are well-meaning.