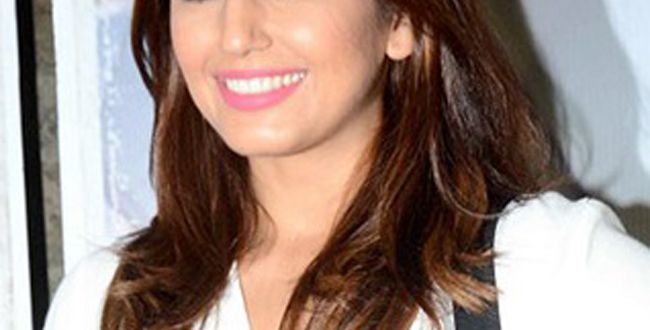 Cannes: Actress Huma Qureshi could only think of “Game Of Thrones” as she dressed up in a grey detailed ensemble for the red carpet of the Cannes Film Festival here.

She flaunted an elaborate creation by designer Gaurav Gupta as she represented vodka brand Grey Goose, which is celebrating moments of cinematic excellence through the launch of its new global platform Live Victoriously.

Of her look, Huma said in a statement to IANS: “It is a very edgy meets classical thing, so I think a ‘Game of Thrones’ would be a classic reference. Gaurav Gupta made this beautiful outfit and he literally made it in four days and my stylist had to carry it in her hands to Cannes.

“It’s one of those beautifully crafted outfits which looks massive and grand, but it’s actually quite a delicate piece. The hair and make-up is a beautiful, classic and romantic look.”

Huma walked in the gown with structured waves for the screening of “A Hidden Life of Terrence Malik”.

Actress Diana Penty also dolled up for the screening of the same film. And she chose a very different look.She wore a Nedret Taciroglu/Nedo gown in peach and de GRISOGONO Jewelry.