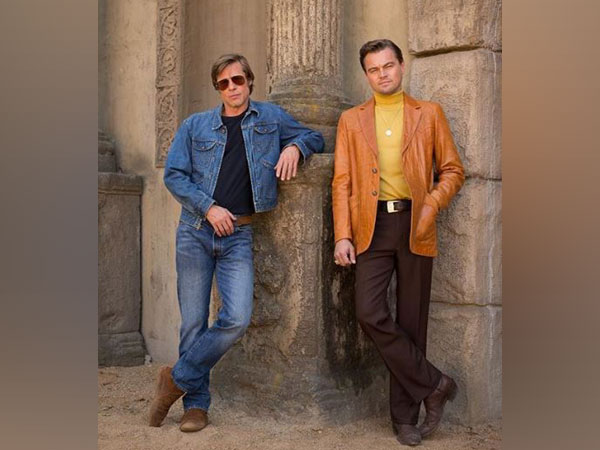 Washington: The official trailer for Quentin Tarantino’s ‘Once Upon A Time in Hollywood’ is out and it is exactly what a trailer of a film that stars Leonardo DiCaprio, Brad Pitt and Margot Robbie should be, awesome!
Set in the backdrop of 1969 Los Angeles, the trailer features DiCaprio and Pitt as fading TV star Rick Dalton and his stunt double Cliff Booth, respectively, and follows them as they make their way through a changing film industry, and fight to reclaim their former fame.

The 2.34-minute-long video opens with introducing Al Pacino’s Marvin Shwarz followed by a scene of Leonardo DiCaprio’s character torching Nazis in a movie. From there, we see DiCaprio’s Rick Dalton during his fall from grace of Hollywood royalty.

According to The Hollywood Reporter, explaining the plot of the film, Tarantino asserted that it is an “a story that takes place in Los Angeles in 1969, at the height of hippy Hollywood.”

The future looks bleak for Dalton until he meets his next-door neighbour Sharon Tate, played by Robbie.
Robbie features as the late Hollywood actor Sharon Tate who, in real life, was murdered in August 1969 by followers of Charles Manson.

Pit, DiCaprio, Tarantino, Robbie, Daniela Pick, David Heyman, and Shannon McIntosh arrived to attend the screening of ‘Once Upon A Time In Hollywood, at the 72nd Cannes Film Festival on Tuesday.