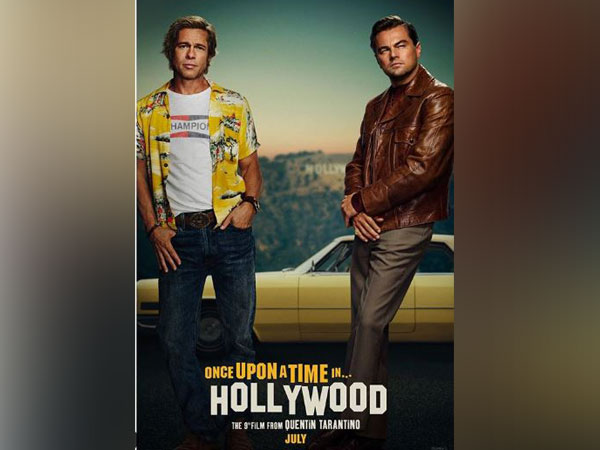 Washington: Quentin Tarantino’s upcoming film ‘Once Upon a Time in Hollywood’ is all set for a world premiere at the Cannes Film Festival. The announcement made on Thursday also said that the film will be competing at the festival.

The film which is shot in 35mm is taking longer to edit and so it didn’t get its name in the official selection announcement which came out on April 18, reported Variety.

“We were afraid the film would not be ready, as it wouldn’t be released until late July, but Quentin Tarantino, who has not left the editing room in four months, is a real, loyal and punctual child of Cannes!” festival said in a release.

It added, “Like for ‘Inglourious Basterds,’ he’ll definitely be there – 25 years after the Palme d’or for Pulp Fiction – with a finished film screened in 35mm and his cast in tow (Leonardo DiCaprio, Margot Robbie, Brad Pitt). The film is a “love letter to the Hollywood of his childhood, a rock music tour of 1969, and an ode to cinema as a whole.”

The film stars Oscar-winner Leonardo DiCaprio and Brad Pitt as Rick Dalton and Cliff Booth. The film is written and helmed by Tarantino and produced by Shannon McIntosh and David Heyman.

Set in the backdrop of 1969 Los Angeles, it also stars Margot Robbie, who is set to portray the role of Sharon Tate. Clu Gulager, James Landry Hebert, and ‘Better Things’ star Mikey Madison have also been roped into the project.

Abdellatif Kechiche’s ‘Intermezzo’ is all lined up for the competition at Cannes.