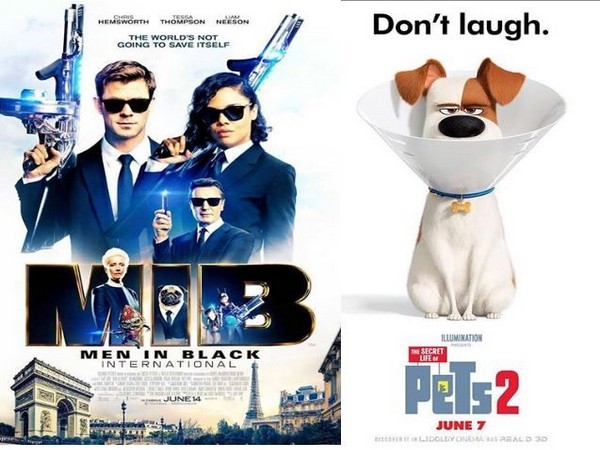 Washington: Chinese theatres will soon be witnessing ‘The Secret Life of Pets 2’ and ‘Men in Black: International’, as the two films are set to release in the country.

According to Variety, ‘The Secret of Pets 2’ is slated to hit the screens somewhere in June while there has been no confirmation about the release of ‘Men in Black: International’.

‘The Secret Life of Pets 2’ helmed by Chris Renaud will release on June 7 in the US and is produced by Illumination.

The first instalment came out in 2016 and garnered a good amount of USD 58 million in China. The sequel will have voices gives by Kevin Hart and Ellie Kemper, with some newcomers, Tiffany Haddish, Nick Kroll and Harrison Ford.

On the other hand, ‘Men in Black: International’ is scheduled for a release on June 14 in the US and features Chris Hemsworth, Tessa Thompson, and Liam Neeson.

The two-minute forty-three-second trailer which came out on April 25, features Tessa Thompson and Chris Hemsworth as two MIB agents. MiB cleaned up the memory of Thompson’s parents when she was a child.

Since then, she has been tracing the whereabouts of MiB. Later, she is teamed up with Hemsworth for a mission in London to fight off some aliens.

The trailer makes it evident that the film is an excellent amalgamation of action with animation. The trailer ends with Tessa, firing the ‘most powerful weapon in the galaxy’.