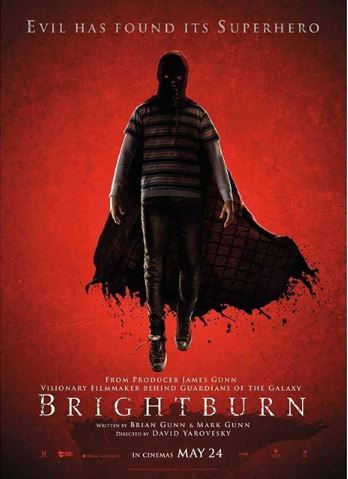 Announcing the release date on Twitter, film critic and trade analyst, Taran Adarsh wrote, “A superhero – horror film… Brightburn to release on 24 May 2019 in India…”

Introducing a new twist to the superhero culture, this film focuses on a radical new genre: superhero horror.
The plot revolves around a child belonging from another world, who crashes-land on earth and instead of transforming into a hero with superpowers that can be used to save mankind from unknown threats, he turns into something far more sinister and dark.

The film will feature Elizabeth Banks (Pitch Perfect), David Denman (After Earth), Jackson A. Dunn (Gone Are the Days), Matt Jones (Dreamworld), and Meredith Hagner (Set It Up).

Helmed by David Yarovesky and scripted by Gunn’s brother Brian Gunn and his cousin Mark Gunn, the film will feature Elizabeth Banks.