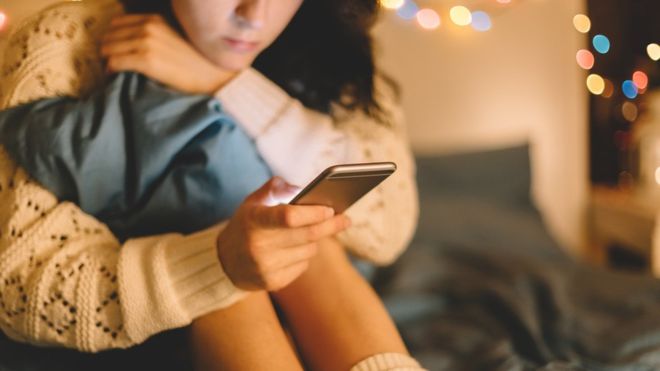 While 30% revealed consistent harassing of some frame, only 3% said it happened both on and disconnected.

Less than 1% said that the normal harassing they encountered was online-as it were.

Kids’ philanthropy the NSPCC said it was getting an expanding number of calls about digital harassing.

The investigation’s creators, at the Oxford Internet Institute, composed that their discoveries glaring difference “a conspicuous difference to media reports and the prevalent discernments that youngsters are presently more inclined to be casualties of digital tormenting than customary structures”.

The outcomes have been distributed in therapeutic diary The Lancet Child and Adolescent Health.

Is your tyke a digital harasser?

Respondents were likewise made a request to finish a mental prosperity poll for the investigation.

It uncovered that the most minimal levels of prosperity were accounted for among those 15-year-olds who had encountered both on the web and disconnected harassing (3%).

The study was intended to enquire about tormenting that 15-year-olds experienced routinely: here and there in the previous two months, or more regularly than that.

“It isn’t so much that they never experienced digital harassing,” clarified co-creator Andrew Przybylski, calling attention to that secluded cases would not be spoken to in the information.

“The fundamental takeaway here is that it doesn’t bode well to consider digital tormenting as its own thing,” he told.

“In case you’re a parent or you’re running a school or outlining an intercession, on and disconnected bullying are two sides of a similar coin.”

He said that his examination proposed the most ideal route for guardians and educators to battle the issue was to ensure kids are OK with discussing any type of tormenting they may understanding.

Be that as it may, the ascent of digital harassing has obviously been clear to foundations working with kids.

“We have seen  88% expansion in guiding about web based harassing in the course of recent years,” the NSPCC said in its Childline tormenting report 2015-16.

“We realize that digital harassing can be especially harming in light of the fact that it doesn’t stop at the school entryways,” said Claire Lilley, NSPCC head of Child Safety Online.

“Consistently we get an ever increasing number of calls about digital tormenting.

“It’s crucial that kids who are being tormented tell somebody what’s happening, either by conversing with a put stock in grown-up or by reaching Childline on 0800 11.”