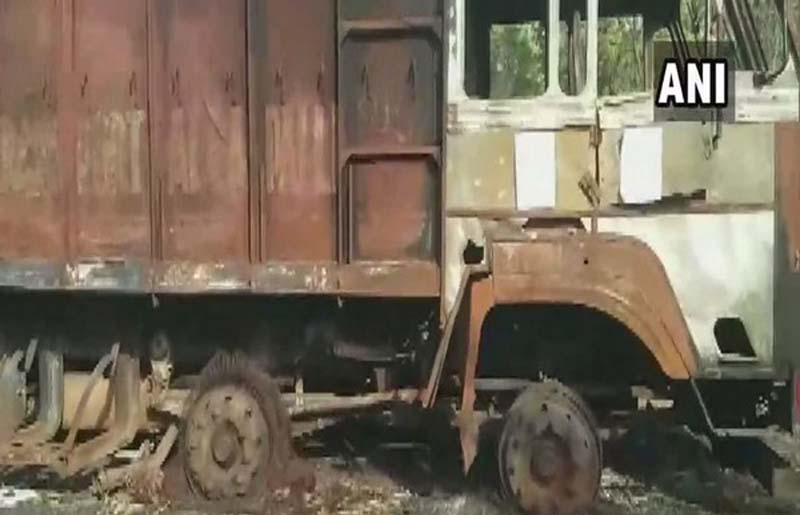 Gadchiroli: Naxals on Sunday torched a truck stationed at a wood depot in Maharashtra’s Gadchiroli district.

The ultras also called for a bandh in the district to stage their protest against the killings of two fellow women in an encounter by security forces that took place last month.

Banners and pamphlets calling for ‘bandh’ were put up in villages of Etapalli tehsil at several places.
Interestingly, fifteen police personnel and a driver had lost their lives in a landmine blast triggered by the Naxals in Gadchiroli on May 1.

A private vehicle carrying the 15 policemen, who were part of Quick Reaction Team (QRT) and the driver, was en-route from Kurkheda Police Station in Gadchiroli to PS Burada in north Gadchiroli when it was ambushed on its way at around 12:30 pm.