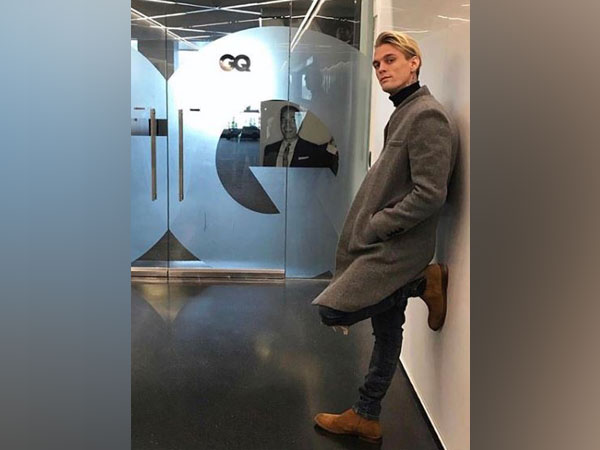 One day after Carter claimed that Jackson did one thing that was “a little bit inappropriate”, the ‘I Want Candy’ singer took to his Twitter handle to clarify.

“Everyone having my back I appreciate you. My reasoning for even speaking on this subject is to tell my truth, be real and to also have his back based on my experiences with Michael. He was an amazing guy, I stand by that. So I ask u not to turn this into something it isn’t,” he wrote.

Carter also replied to a few tweets by users. The 31-year-old star told a fan that Jackson did do something “a little inappropriate,” but it was nothing “sexual.” Carter asserted, “I’m not trying to achieve anything except telling my story to validate he didn’t f–king do anything sexual! Are you all this stupid? Honestly?”

The singer replied to another Twitter user and stated, “AS IVE SAID. my story VALIDATES in MY OPINION that Michael didn’t do anything sexual to others. (My story HAD to be told in order to protect a man and friend I ACTUALLY KNEW).”

He also responded to another tweet, saying, “It’s all good. I’m not concerned. I’m only concerned about a misconstrued narrative, as I said before my book is about MY LIFE I can’t control sound bites that the media pick for click bait y’all. Just relax. I in no way shape or form accused him of being a child molester.”

Carter, who is going to appear on the reality TV series, brought up an alleged experience with Jackson.

In the clip, the ‘Fool’s Gold’ singer briefly talks about Jackson once being “a little bit inappropriate.” However, he didn’t share any other details of his encounter or further explain his experience.

Carter’s comments come nearly over a month after he told TMZ that he was going to tell his truth.

“I actually have my own experience that happened with Michael, so I’m going to be talking about that in the future,” he told the publication, without explaining the incident.

At that time, the singer shared that he was working on a book about his life and planned to include his experience with Jackson. However, it’s unclear when Carter’s book is expected to release.

Jackson, who passed away at the age of 50 in June 2009 from an accidental overdose, was accused of sexually assaulting multiple young boys. However, the musician denied all the allegations and was found not guilty at a 2005 trial, reported US Weekly.

Sexual misconduct allegations against the late singer resurfaced in 2019 after the HBO documentary ‘Leaving Neverland’ aired. The film tells the story of two men Wade Robson and James Safechuck, who claimed Jackson sexually abused them when they were children.