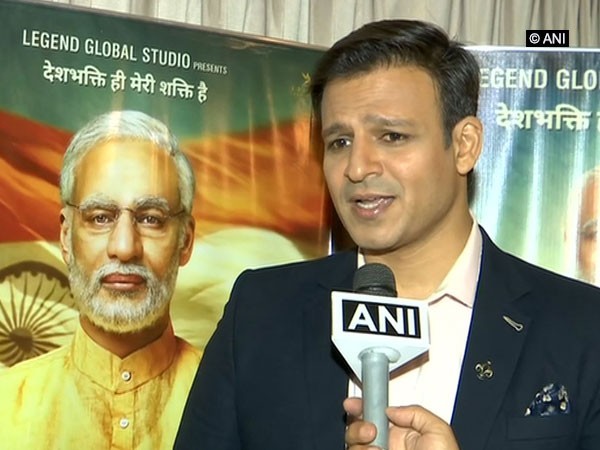 New Delhi: When the whole nation is waiting for the final verdict of 2019 Lok Sabha elections, actor Vivek Oberoi is awaiting the release of his film – ‘PM Narendra Modi’ — which is scheduled for release a day after the results will be announced.

Expressing his excitement during an interaction with media persons here on Tuesday, Oberoi said: “First on May 23, Modi will come to power and then on 24th he (PM Narendra Modi) will come in theatres.”

The Election Commission of India (ECI) on April 10 had stayed the release of the biopic, a day ahead of its original scheduled release date on April 11, which coincided with the first phase polling of the Lok Sabha elections. The poll panel had said the film disturbs the level-playing field.

With a bright smile on his face, the actor asserted that they had organized a special screening of the film in Delhi and Mumbai and got a very positive response from the audience.

“The special screenings that took place in Delhi and Mumbai saw an excitement among the audience. People were shouting the slogan of Modi and were very happy,” he said.

After being surrounded by a string of controversies regarding his upcoming film for months, Vivek once again found himself in a soup after he posted a tasteless joke referring to his ex-girlfriend Aishwarya Rai and her relationships on Monday.

The post referred to Salman and Aishwarya’s relationship as the ‘opinion poll,’ Vivek and Aishwarya’s affair as the ‘exit poll’ and her current family with husband Abhishek and daughter Aaradhya as the ‘final result.’

The National Commission for Women (NCW) has even issued a notice to the actor demanding an explanation over his tweet on the exit polls.

However, earlier today, Oberoi apologized for his tweet and later deleted it.

“Sometimes what appears to be funny and harmless at first glance to one, may not be so to others. I have spent the last 10 years empowering more than 2,000 underprivileged girls. I can’t even think of being disrespectful to any woman ever,” Vivek tweeted, before deleting the distasteful tweet.