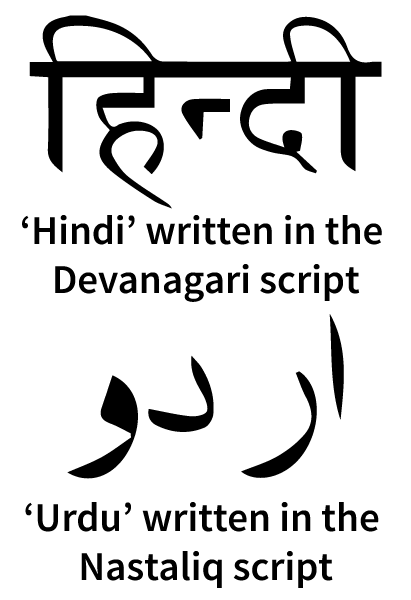 It is well known fact that English has many dialects spoken all over the world. Its dialects include Australian dialect, American dialect and British dialect. It is thought that like English, Hindi also has a dialect that is spoken in Pakistan that is Urdu. Both the languages sound almost same. Right? But there are many facts behind the curtain. Only native speakers of Hindi and Urdu know it. To get over this confusion, I’m going to give you brief  overview of comparative features of both languages.

Majority of similar things of both languages pertain to commonly used words, sentences or phrase which are mainly limited to conversation. Here you go with similar things:

Major part of both the languages has marked difference both in spoken and written. Forms used in literature, news, sports and business are very different.

So here are the differences:

These were some major similarities and differences between two closely related languages of sub-continent.