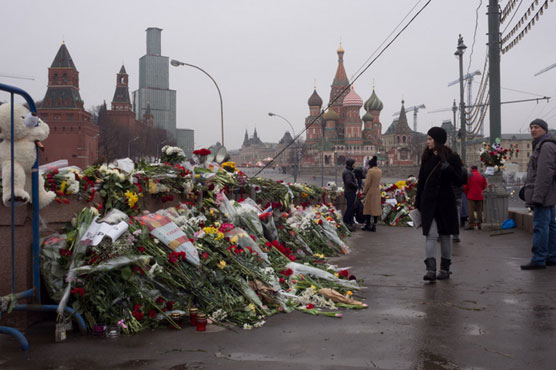 Moscow officials denied a proposal on tuesday to put up a monument for opposition politician Boris Nemtsov on the bridge where he lost his life. Such a memorial would be honouring not the memory of the man but the murder. The head of the city government’s memorial commission lev lavrenov said, “do we need this”.

55 year old Nemtsov, previously a deputy prime minister who had become a vocal critic of president Vladimir Putin was shot dead on the bridge leading across Moscow river. His devotees have repeatedly refreshed flowers, candles and photographs on the spod where he was shot dead that is why they put forward the proposal to build a monument.

The suspects are in police custody yet the mastermind behind this is still unknown. Opposition devotees have blamed Kremlin but Russian authorities denied any involvement.

Zhanna, Nemtsov’s daughter has blamed the publicity and cursing anyone that criticises Putin for contributing to the killing. The decision to deny a monument was critisized by Nemstov’s previous allies.

This decision is an insult to boris’s memory and also to the people who respected Boris.