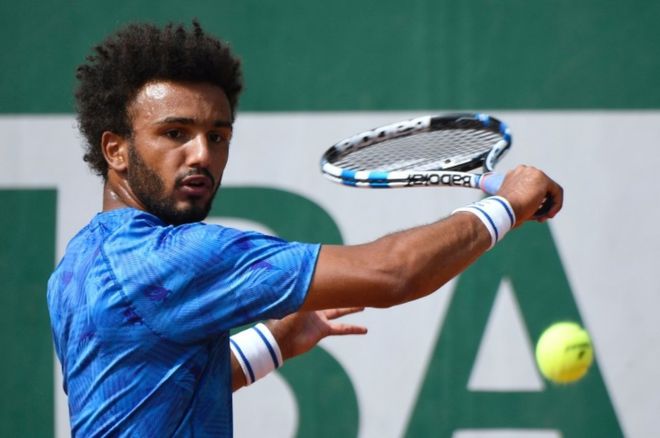 The French player, 21, kissed columnist Maly Thomas while holding her around her neck and shoulders, in spite of her endears to duck away.

The French Tennis Federation (FTT) censured the “unpardonable conduct” and requested an examination.

Hamou has apologised for his activities.

The episode occurred after he was thumped out of the first round of the opposition on Monday.

It is the most recent case to incite assertions of provocation of female games columnists.

A few grapples and reporters on the Eurosport program Avantage Leconte snickered and applauded as it unfurled.

“He kisses her by drive, she tries to escape, he holds her by the neck and everybody… snickers #tired,” the Green MP composed on Twitter (in French).

“On the off chance that I wasn’t live on air, I would have punched him.”

Hamou, focus, curves to kiss Ms Thomas’ neck as she inclines away

He rehashed the endeavor a few times amid the meeting

In an announcement on Facebook on Tuesday, Hamou stated: “I offer my profound expressions of remorse to Maly Thomas in the event that she feels hurt or stunned by my mentality amid her meeting.

“I have quite recently spent a great week here at Roland Garros… also, I communicated my flood of energy roughly towards Maly, who I know and regard earnestly.

“Despite everything i’m taking in consistently from my slip-ups to improve as a tennis player and a superior individual.”

Eurosport respected his statement of regret and offered its own to “any watchers who may have been influenced” by it’s communicate.

“We earnestly lament the occurrence that happened amid yesterday night’s meeting,” it said in an announcement

“The conduct of the interviewee was exceptionally unseemly and we don’t excuse such direct in any capacity.”

In January 2016, West Indies cricketer Chris Gayle drew a flood of feedback after he approached a TV correspondent for a date in a live meeting.

What does the Chris Gayle push uncover?

It is not the first run through Hamou, who has a profession high singles positioning of 211, has brought about contention at the current year’s French Open.

He left a meeting on Friday after a writer suggested an awkward conversation starter. On Monday he likewise indignantly chided an umpire on court, asking: “What are you doing here?”