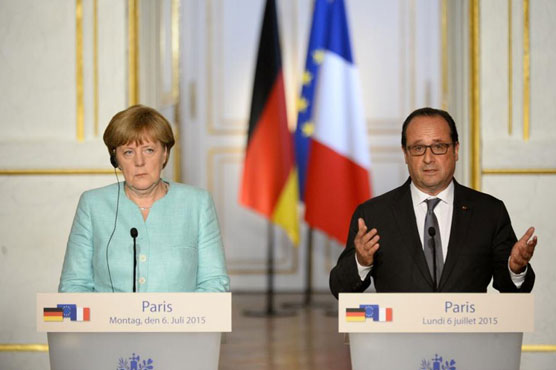 In Paris Francois Hollande, the French President and German Chancellor, Angela Merkel stated on Monday that they have decided to have a conference with Greece which has to be called in Athens. Hollande stated It is now up to the government of Alexis Tsipras to make mature and focused proposals so that this desire stays in the eurozone into a lasting programme.  Hollande stated after meeting Merkel in Paris that the time is running and there is a necessity for Greece and Europe. Merkel stated that the door is always open for discussions regarding debt and crisis yet the conditions have not be fulfilled for the rescue package that’s why we are patiently waiting for a proposal from prime minister of Greece. This programme just might return prosperity to the Greece. Hollande stated in a eurozone meeting arranged urgently that there is a balance between responsibility and unity which will be the direction of action in the upcoming days