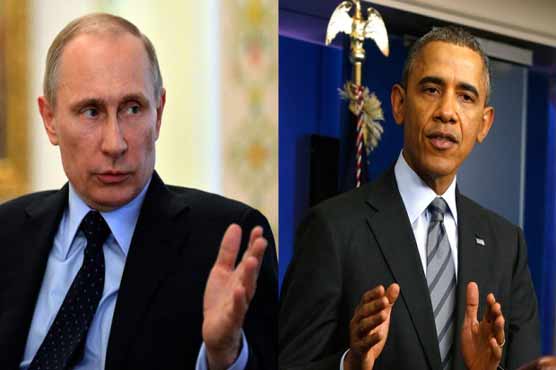 Washington (AFP) – The recent news comes from Washington DC, about the phone calls between the US President, Obama and Russian President, Vladimir Putin regarding the conflict in Ukraine. Islamic states proceed with a deal on Iran’s nuclear Programme. The west and the Russia are not in good terms due to the crisis in Ukraine after the cold war. US will station heavy weaponry in Eastern Europe. NATO promised on Monday to upgrade its military in Europe against the conflict in Ukraine. It has been stated that Putin started the phone call with Obama. A statement stated that Obama recalled the need for Russia to fulfill its commitments and to remove Russian troops from Ukrainian territory. Over 6500 people have lost their lives due to the crises in Ukraine. The discussion between Obama and Putin went over Syria too as well as historic discussions between world powers. The leaders stated the importance of P5+1 to be continued in order to prevent Iran from being a nuclear country.