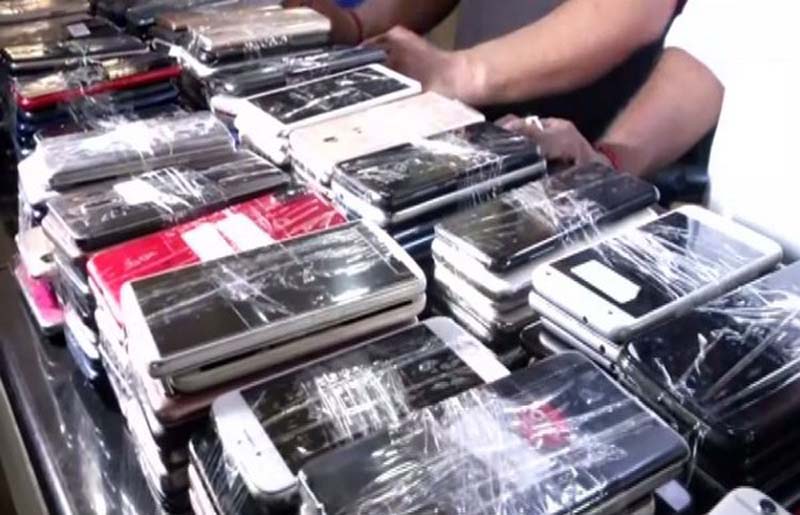 “Crime Branch of the inter-state cell has recovered 311 high-end mobile phones worth Rs 60 lakh. This is a rough calculation. 90 of them are iPhones, 36 of Samsung, 25 of Vivo, 15 of Oppo, 10 of Nokia, 40 of Mi and 90 other cell phones. Seven people have been arrested in the case,” Rajesh Deo, DCP, Crime Branch stated while addressing a press conference here.

Naresh Kumar (30), left his job in a fund company and began buying the stolen mobile phones and farther shipped these to Nepal to prevent IMEI tracing. A complete of 211 phones have been recovered .

Police had obtained a tip-off regarding the gang trying to ship these phones into Nepal, that the DCP added.

“Inspector Gurmeet Singh and ACP Jasbir Singh received a tip-off that a gang is attempting to send these phones to Nepal. The lead was developed and the gang was traced for around 1 month. It emerged that Naresh is the kingpin of this gang who has opened an office in Bedanpura. He contacts with middle-men who used to collect these phones from snatchers,” he explained.

However, Deo refused to disclose the title of Nepalese receiver because of “operational reasons.”
The police officer further advised the IMEI numbers of those mobile phones will soon be uploaded Delhi Police Website in fourteen days.

“They (accused) say that since mobile phones were getting cheaper. It is mostly bought online so repair business had gone down. So they started this job,” they stated.

Deo maintained that authorities got contributes in seven other instances following the arrests.

The detained Ram Singh on interrogation demonstrated the gang was working from past one-and-half decades and approximately 50 phones were shipped each week to Nepal.

“We are interrogating the accused in police remand,” stated Deo.