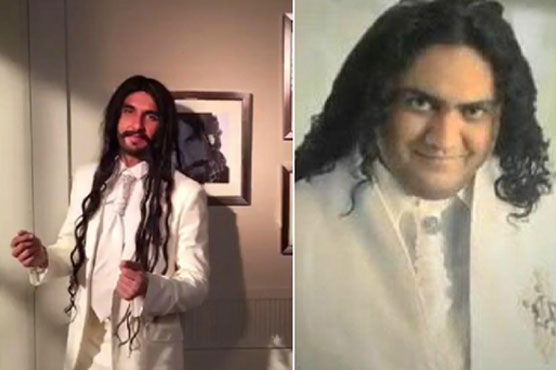 The two heartthrobs of Indian cinema, Hrithik Roshan and Ranveer Singh have been dedicating each other the very astonishing song eye to eye by Pakistan’s Tahir Shah. It started when Hrithrik Roshan actually tweeted on Ranveer’s birthday dedicating him the sing. Hrithik challenged him to outdo it sometime soon. Ranveer thought that Hrithik’s birthday would be the best day to create a dubsmash video of eye-to-eye for Hrithik. Ranveer concluded in his post that only because he loves Hrithik, that’s why he is trying out on the exceptionally hit song. The song of the Pakistani singer became unexpectedly hit which is quite insane for a normal person to believe on. It is quite obvious how much breathing is still there in this song despite its funniest criticism. It was released in April 2013 on various Pakistan’s TV channels as well as on YouTube too. It’s posting in this way in Indian social media is way too unbelievable.