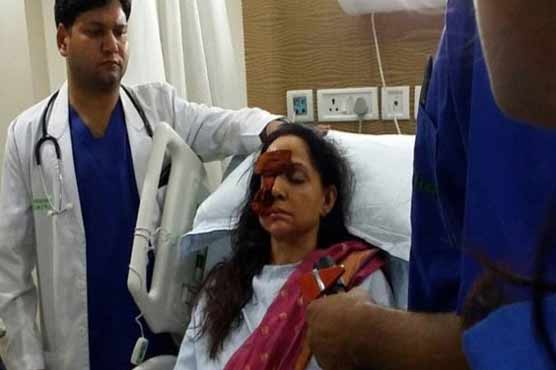 After a major accident of the film actress and BJP MP HemaMaliniin Jaipur she was admitted in hospital in wounded condition. What happened was that Hema was reported to be driving her Mercedes Benz when she crashed it into a car coming from an opposite side. The other car had four adults and a two year old child seated. They were found severely injured but the little child died on the spot. Hemafound in blood and injuries was immediately escorted to nearestFortos Escorts Hospital where she went under treatment for laceration in paranasal and forehead area above the right eyebrow. She was given special care. Early on the next day after she was admitted she went through a successful surgery and the very next day she was discharged around 10 according to the hospital spokesmen. The recent news from reliable source is that she has flown back to her home in Mumbai.