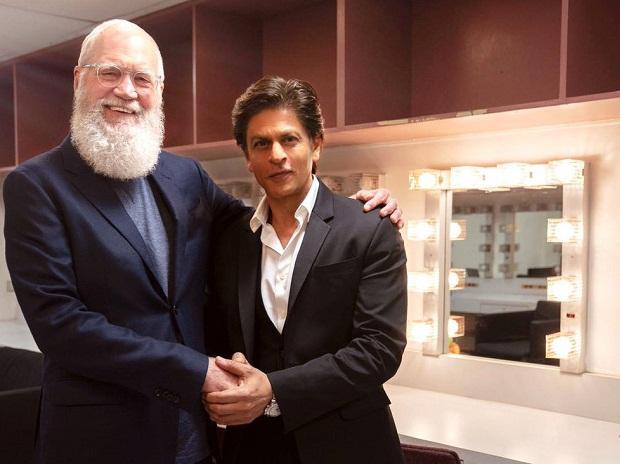 MUMBAI: Bollywood star Shah Rukh Khan is all set to appear in David Letterman’s upcoming season of his Netflix talk show. The actor has already shot for the episode.

King Khan, who will soon be making an appearance on ‘My Next Guest Needs No Introduction’, shared the news with his fans in a tweet praising the host, Letterman.

The 53-year-old Badshah of Bollywood, who engaged in a candid interview with American talk show host David Letterman, says he was thrilled and honoured to share his story with one of the most famous talk show personalities.

“I’ve watched David Letterman’s late-night talk show for years and I’m a huge fan of his style of interviewing. I’m thrilled, and honoured to share my story with him.

“That this is on Netflix is even more special – I’m working with the team on various projects and it’s always been exciting partnering with them,” Shah Rukh, who will make his appearance on Letterman’s show “My Next Guest Needs No Introduction”, said in a statement issued on Friday.

Shah Rukh took to Twitter, where he shared a photograph of himself along with Letterman. He thanked the talk show host for making him feel like himself.

“No more footprints… this is The Abominable Snowman!! Before Batman and Spiderman, there is Mr. Letterman thanks for your generosity. Had too much fun being interviewed. Not because it was about me but because you were kind enough to make me feel I can be me. You are an inspiration sir,” he captioned the image.

No more footprints…this is The Abominable Snowman!! Before BatMan & SpiderMan, there is Mr. LetterMan @Letterman Thx for ur generosity. Had 2 much fun being interviewed.Not becos it was about me but becos u were kind enough to make me feel I can be me. U r an inspiration sir. pic.twitter.com/8MkFpWJ0WK

After interviewing SRK in front of a live audience, Letterman said: “The best part of this job that Netflix has been happy to provide for me is to meet people. And after each one of these sessions I think to myself, it is a very smart, very lovely person from whom I have learned things. You would maybe be at the top of that list.”

The second season will include conversations between Letterman and Kanye West, Ellen Degeneres, Tiffany Haddish, Lewis Hamilton and Melinda Gates.

The upcoming season of the much-famed show will be presented as a stand alone special on Netflix on May 31 and combines two interests for which Letterman is known for — in-depth conversations with extraordinary people, and in-the-field segments expressing his curiosity and humour.