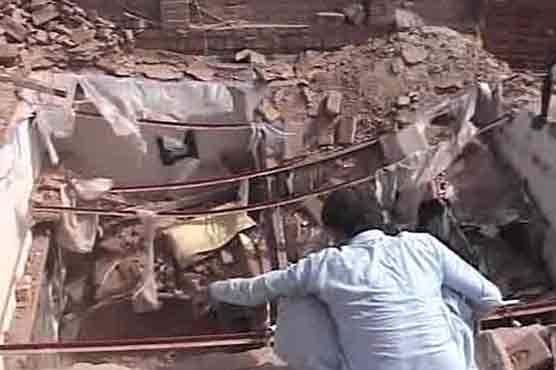 According to the details, the roof of the house caved in when the residents were having breakfast, trapping them all under the ruins.

Rescue teams arrived at the scene and transferred the victims to the Nishtar Hospital in a serious condition. Three women Sabira, Attia and Razia along with two minors Areeba and Maham gave away to the injuries. Kinza and Haider are still under treatment.