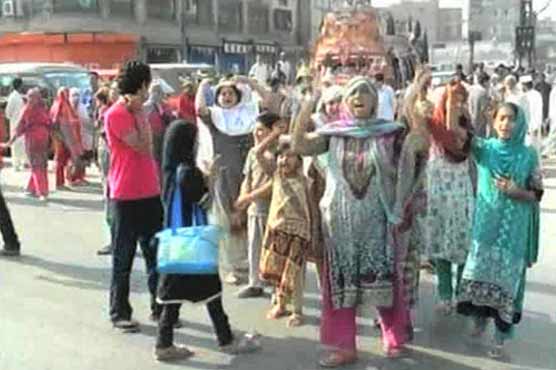 Relatives of the four sisters killed in Peshawar raised their voices against this act in Hasht Nagri area on Sunday. The GT road was thwarted for traffic because of the protestors which eventually led to a traffic jam and desired for an instant arrest of the murderers. As soon as the police were informed about this they reached the location and guaranteed the arrest of the culprits who did these killings, after this only the sister’s relatives spread out and opened the road for the traffic. Last night before Fazal Hussain alias patty along with his father Fazal Qadir alias Beshi open fired on the household leaving four sisters fatally injured. They were instantly transferred to lady reading hospital where they died. A child was injured too due to the firing. Police reports that this happened because of some money dispute worth 20 lac. The search of the culprits is underway and the case has been registered.