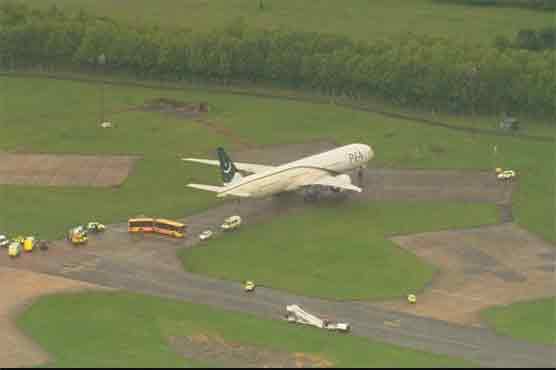 LONDON-  A PIA flight destined for Manchester from Lahore caused terror when its tyres burst during landing on the Manchester airport.

As per the details, PIA flight PK-709’s tyre suddenly burst causing a little damage to the plane.

It came to notice that PIA staff couldn’t change the tyre owing to which they sought foreign airline’s assistance. After the replacement of the tyre, the plane departed after a delay of one and a half hour.