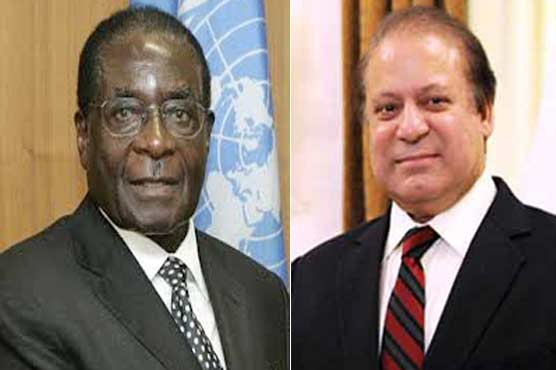 ISLAMABAD- Like the whole nation, Prime Minister seems to really happy about the international cricket revival in Pakistan.

Today, a letter has been written to Zimbabwe’s President, Robert Mugabe, in which PM Nawaz Sharif thanked him for cricket series,

PM Stated that Pakistan has again become a part of the international cricket after a long time, and it is all due to Pak-Zim cricket series.