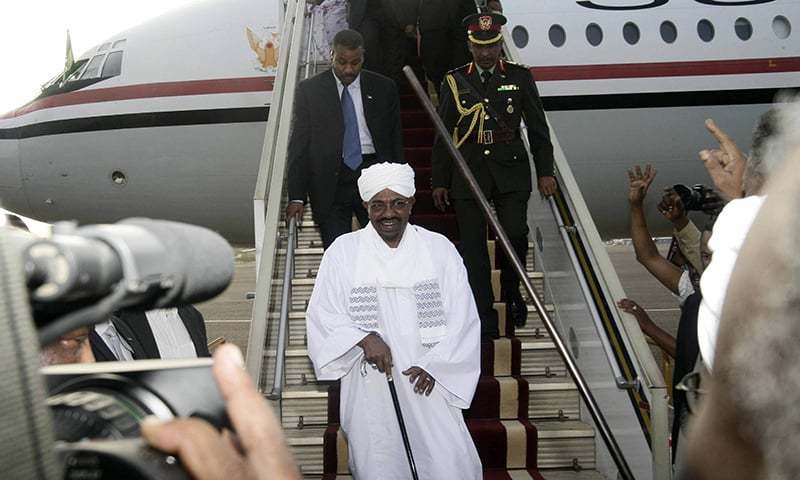 Omar al-Bashir, Sudanese President reached  Khartoum from Johannesburg, despite court order. A South African court ordered him not to leave as he is involved in cases of alleged war crimes.

Omar al-Bashir, is wanted by the International Criminal Court for unproven war crimes, offenses against human race and killing in the Darfur region.

Clad in his customary white robes, a proud Bashir was spotted waving his symbol cane as he stepped down the airplane and yelled: “God is greatest!”.

Walking on a red mat running from the airplane, he was received by his clerics on the runway, a big group of reporters and paparazzi was there too.

On his arrival, Ibrahim Ghandour, Foreign Minister conveyed a short news session, clearing aside Omar al-Bashir’s narrow escape from danger from international justice at the conference.

“It was propaganda what is being circulated, and his participation approves the president is one of Africa’s chiefs”.