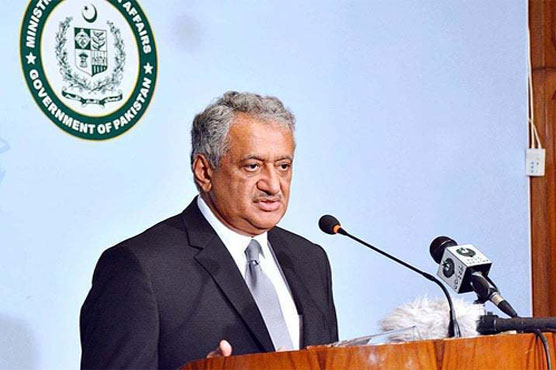 ISLAMABAD – Qazi Khalilullah, Foreign Office Spokesperson on Friday said that the threatening and provocative remarks from Indian leaders will be taken to United Nations and every   international forums.

Talking to a press conference, Khalilullah said that these statements from India has exposed their real face which claimed to be a secular state.

He informed that Prime Minister has directed the envoys to brief the foreign countries about the lame design of India.

He concluded his speech saying that Pakistan knows how to deal with these kinds of threats and we all fully capable to respond anyone in befitting manner.