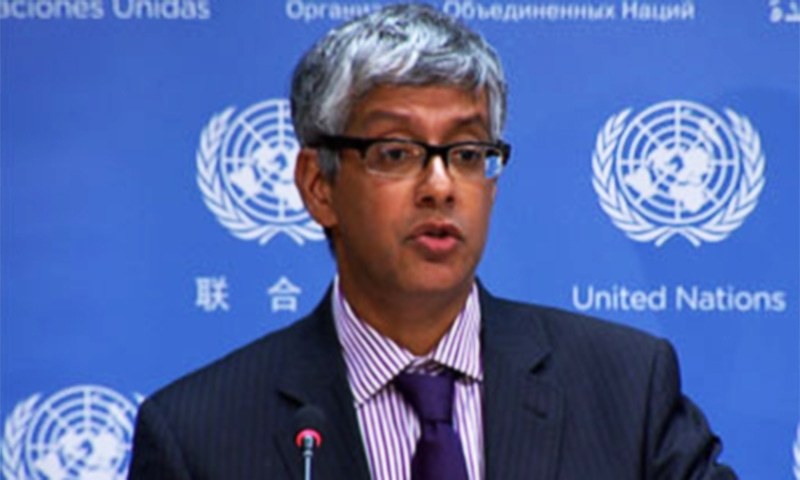 Farhan Haq, United Nations (UN) associate spokesperson at a conference in New York advised Pakistan and India to do something to reduce tensions

He said the UN persists to boost peaceful resolution of joint concerns between the two countries.

United Nation’s account was given in the aftermath of a series of provoking remarks delivered by Pakistani and Indian politicians ending in Pakistan’s message that it would take Indian prime minister Narendra Modi’s verbal accounts to the UN.

Sartaj Aziz, Adviser to the Prime Minister on National Security and Foreign Affairs, “Talks  with India will be useless if it doesn’t discuss Kashmir issues and water problems.”

Narendra Modi, Indian Prime Minister in an speech at Dhaka University criticized Pakistan for increasing violence and fear in India.

Previously, Manohar Parrikar, Indian  Defence Minister, in a outrageous and extremist statement, had said that terrorists have to be counteracted only by terrorists.

Chaudhry Nisar Ali Khan and Khawaja Asif, took a shot at the provoking remarks coming from the Indian side.

Chaudhry Nisar Ali, Interior Minister warned India saying that Pakistan is not Myanmar, mentioning to an Indian break-in on an unproven terrorist hideaway in neighboring Myanmar.