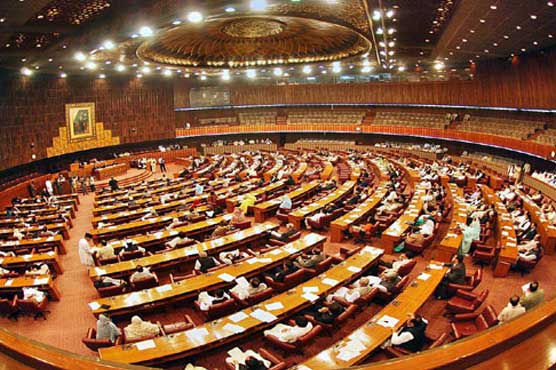 ISLAMABAD- Unanimously, a resolution has been passed by The Senate, condemning the recent provoking and aggressive statements from prominent Indian leaders against Pakistan.

Resolution said that these kinds of attempts from India are intolerable and Pakistan throwaways this hegemonic mindset. Resolution emphasized that it will never be allowed by Pakistan that its territory be violated by India under any pretext.

Leaders in Senate said that Pakistan armed forces are ready round the clock to give a suiting response to any intrusion and that people of Pakistan are standing shoulder to shoulder with the armed forces.

Many of the participants urged the international community to take notice of such provocative statements which has a negative impact on the prospect of regional peace.