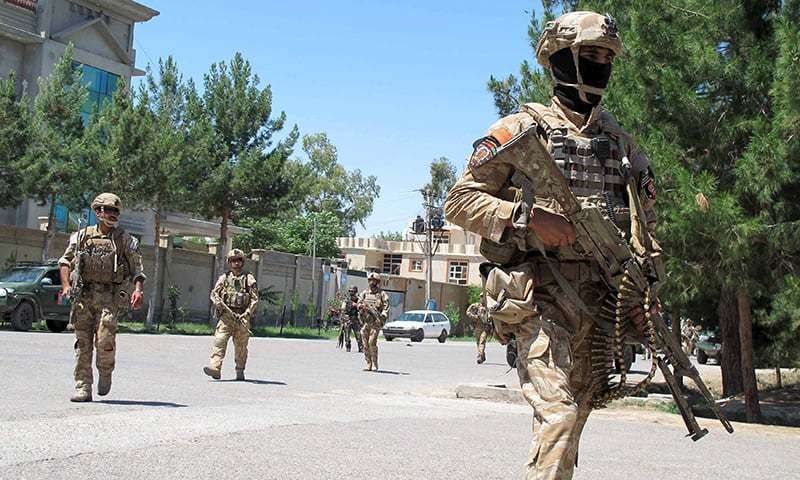 Afghan representatives told that no more than 11 delegates of the defense forces have been massacred in a Taliban attack on government buildings a district in southern Helmand area.

The officials reported  that 4 militias and seven policemen were killed when the rebels invaded Musa Qala ─ which has moved between government and Taliban control many for years.

Police logistics expert in the district, Saqi Jan stated that four militias and four police were killed in the assault, which started late Wednesday night.

Jan replies that police have got back the control of the area round the district police headquarters after more than a few hours of combat.

Spring Offensive Annual of The Afghan Taliban annual started in April 2015, with the rebellious outfit declaring countrywide attacks in what is projected to be the blood-spattered combat season in a decade as Nato forces recoiled from the forefronts.

This year is the first combat season in which Afghan armies will battle the rebels without the full support of US foreign war troops.