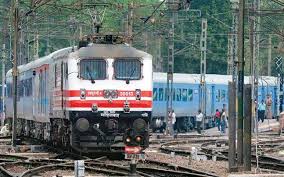 Are Indians losing interest in Engineering studies? This latest 2019 report by the Indian Education Board has revealed surprising stats regarding Engineering admissions in several universities across the nation.

A latest 2019 report states that this year almost 87% of seats have remained vacant in Tamil Nadu and some other important states of India.

Out of 1.6 Lakh Seats Available, Only 21 Thousand Students Have Applied For Their Admission

Of the 1.66 Lakh seats available in Tamil Nadu, according to the leading media reports, only 21,000 seating were filled until 18 July 2019 – which is the last day of the 2019 admission applications.

The report also states that just 27 of 494 colleges in the state were able to provide a sanctioned intake of over 50 percent. This year, just 36 percent seats will be filled in Tamil Nadu engineering universities.

Reports say that a decline in admission for Engineering studies is because many graduated-Engineers don’t have employment in the country, and even if they have one, they are working on extremely low salaries.