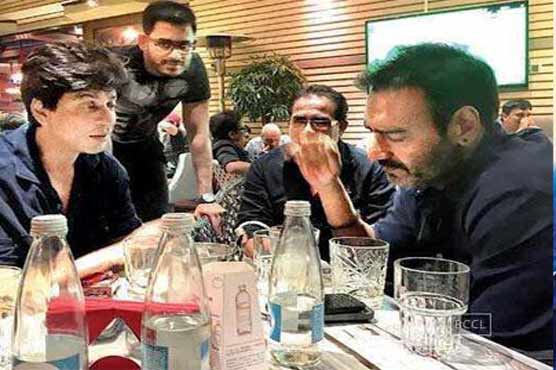 Nothing stays where it is when there are cameras out there in almost every hand. Ajay Devgn and shah Rukh khan were pictured sitting together for dinner. The pictures were published on the social media and the news of the rivalry between the two came to an end. Lately the two of them were reported to be rivals and against each other. But the gleeful dinner and meeting proved it wrong. Both were spotted in Bulgaria. SRK is currently out there with the production team of a Malayalam remake “Dilwale”, which is expected to be released on 31st July. The director of the movie is Rohit Shetty. The superstar of Singham flew there as he wanted to meet his dear wife. In the promotional event Ajay talked with the press for his film Drishyam, where he was asked about the meeting with SRK too. He clearly stated that the meetings are never planned and when a star meets another star the sitting has to go by.