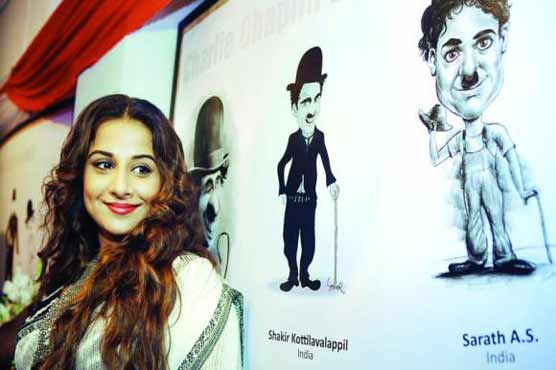 Bollywood never fails to give surprising news from the versatile actors. The latest news from IANS is that Vidya has shown passionate interest in playing the role of Charlie Chaplin as she is a big fan of the fabled comic actor. During the inauguration exhibition of “Chaplin Lines” to honor the late actor, Vidya explained that she had adored how Sridevi played Charlie Chaplin in the movie, “Mr. India”. She was completely inspired by the comic actor once she started watching him. Vidya, who has been last seen on the big screen in the movie, “HamariAdhuriKahani” expressed merrily that the birth of the character Charlie Chaplin along the calligraphy is very exciting to find. She salutes the 28 women and kids and approximately 20 artists across the world who sketched various interpretations.