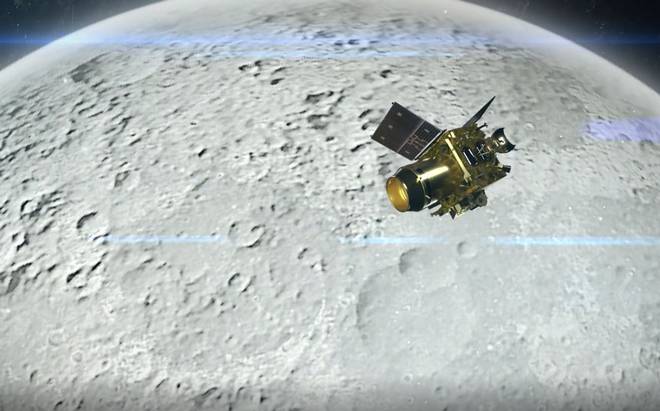 India’s mission to the moon is finally on the route to an Incredible success, and the first images of Chandrayaan-2 satellite traveling smoothly in the space are finally launched by ISRO.

The Indian Space Research Organization (ISRO) has released new images of Chandrayaan-2 satellite. According to the ISRO officials, the satellite is expected to land on the Moon’s surface by September 6, 2019.

The Chandrayaan-2 is an Indian lunar mission that will go where no country has ever gone before – the Moon’s southern polar region. If the mission is successful, then India will become the first ever country to secure a record-breaking landing on the south polar region of the Moon.

The mission aims to better understand the Moon and discover finding that profit both India and humanity as a whole. The record gathered will be used by scientists to understand Moon and produce writings based on the sightings.

What Makes Chandrayaan-2 So Special?

Features of the Chandrayaan-2 Satellite

Vikram Lander – the lander of Chandrayaan 2, named after Dr. Vikram A Sarabhai, the father of Indian Space Program. The lander functions for one lunar day, which is equal to 14 Earth days. The lander is capable of executing a soft landing of the lunar surface.

Pragyan Rover – The Pragyan Rover is a six-wheel robotic machine, which can travel up to 500m and works on solar power for its function.

Chandrayaan-2 Orbiter – It will stay around the moon for one year, and will be placed in a 100x100km lunar polar orbit.

The Indian scientists are hopeful that the satellite will successfully reach its exact landing point on the moon. Till now, everything is going according to plan and the satellite will most likely land on the Moon’s south polar region on 6th September 2019.