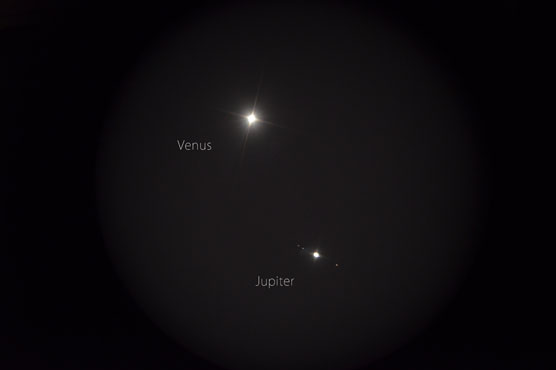 There is always something exciting happening in the world and yet the very latest happened in Lahore when Lahore when the two enormous planets, Venus and Jupiter were seen extremely close to one another on 30th of June 2015. When observed closely it was recorded that the both of them were so close that the area they covered was even less than the area covered by the moon itself. Lahore Astronomical Society had its viewers observing the planets above the sky including the Moon and Saturn with the telescopes. There were 5” and 8” to 10” reflector telescopes available for this purpose. The wavelengths of the telescopes varied with their size. The telescopes were equipped with ultraviolet wavelength filters which made the sighting of these planets a lot easier and magical. The most fascinating view for the kids, adults and other viewers was the encounter of Jupiter and Venus which could be seen in in one view in a telescope.