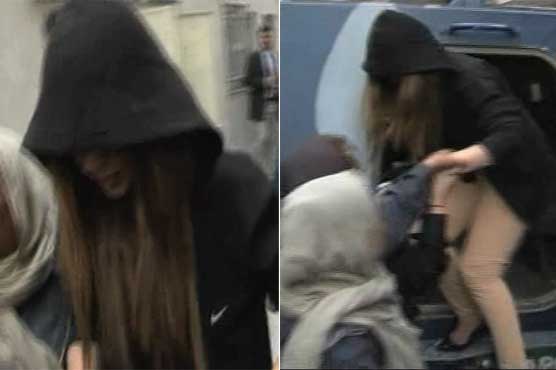 RAWALPINDI – Judicial remand of model Ayyan Ali has been extended till June 29.

The details are that Ayyan Ali was appeared before special judge customs Rana Aftab Ahmad. She was brought within tight security in armored vehicle.

The hearing of customs plea to register money laundering case against the model was not conducted due to lawyers’ strike.

Furthermore, Ayyan’s lawyer also didn’t appear before the court due to strike against Daska incident due to which her judicial remand was extended for fourteen days.

The next hearing will be held on June 29.