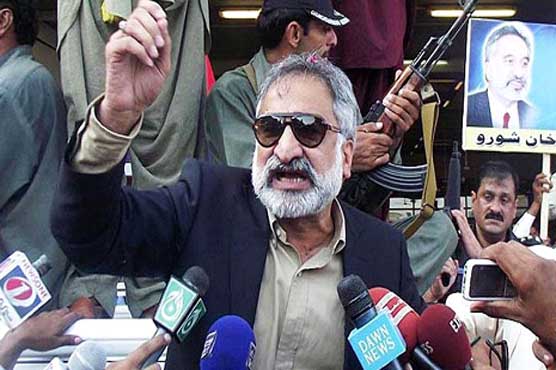 Zulfiqar Mirza’s interim bail was extended till July 4 by a judicial magistrate. Case was related to rioting and stopping police work.
Mirza is facing several cases on charges of making violence in Badin, was charged in another case by Karachi police last month for forcibly climbing on an armored personnel carrier of police, from where he delivered his speech and allegedly intimidated police officers.

Mirza said that he climbed on vehicle for his safety because PPP lawyers tried to manhandle him.