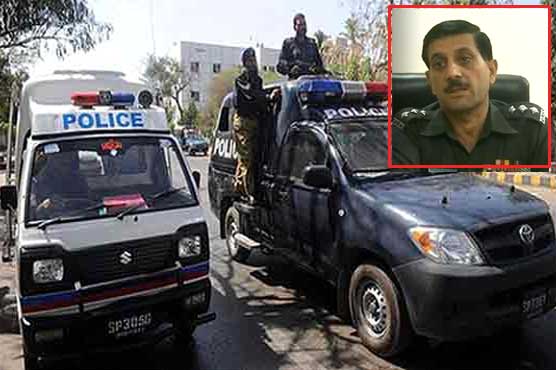 Karachi has again been appearing in the news for its target killing incidents. Today in Shah Latif area, unknown gunmen targeted a police van and Deputy Superintendent of Police (DSP) Majeed Abbasi was shot dead.
DSP Majeed Abbasi was appointed as DPO in SITE division of the sensitive West Zone. Police told the media that DSP Abbasi was on the move from Shah Latif to SITE area when some unknown gunmen opened fire at his vehicle, injuring him and his driver. Abbasi passed away as he was shifted to Jinnah Hospital.
The number of attacker is not confirmed whereas Additional IG Ghulam Qadir Thedo said that at least four terrorists were involved in the attack. He assured that the persons involved in the attack will be brought to justice soon.
On May 10, DSP Zulfiqar Zaidi was shot dead along with his friend in Shah Faisal Colony and DSP Abdul Fateh was gunned down in Gulshah-e-Hadeed area on May 1. Majeed Abbasi is the third DSP who has been targeted in Karachi during last 45 days.