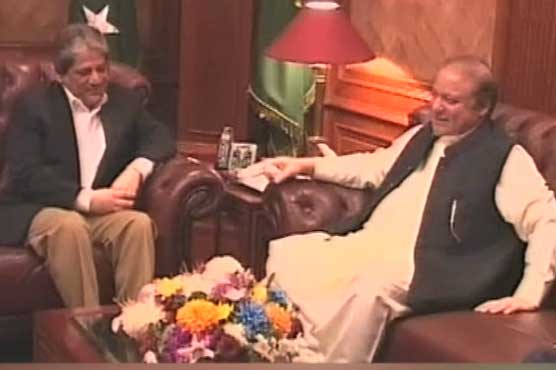 Prime Minister, Nawaz Shareef expressed his views regarding terrorist in a meeting with Sindh Governor Istartul Ibad in Karachi.

He said that terrorists who are behind attacks should be brought to justice in weeks, not months.

Governor Sindh received PM on his arrival in Karachi. Overall lay and order situation in the province was discussed.

Nawaz Sharif was busy today in inaugurating Byco Oil Refinery in Hub. “It is a milestone achieved that we have set up an oil refinery in Balochistan” he said. “Pakistan needs to build road connections with Central Asian countries”