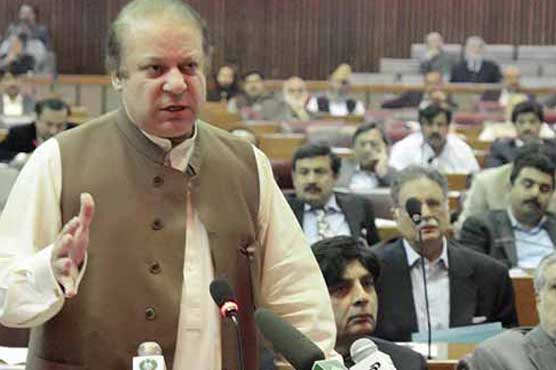 After so many unmet deadlines, Prime Minister (PM), Nawaz Sharif has again given a new closing date for all electricity projects to be completed and declared that electricity outages will end in 3 years.

He expressed his views in National Assembly (NA) while addressing to the participants.

PM said that PML-N government would put an end to electricity outages within its three year tenure. He further said that Gwadar should be made a duty-free port like Gulf countries. He criticized Pakistan People’s Party’s (PPP) government saying that Karachi’s motorway should have been constructed in PPP’s government. “It was my utmost desire to complete motorway in 1990).” he further stressed.

Opposition leader, Khursheed Shah said that people of Pakistan used to think that after PML-N comes in power, there would be an uninterrupted power supply round the clock.

On this statement, PM replied that outages are carried out in the areas where people are not paying bills.