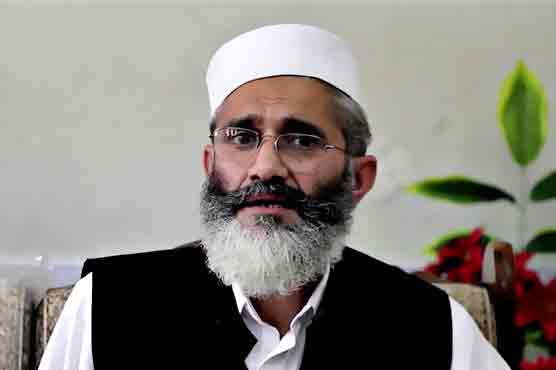 Siraj ul haq, chief head of jamat e islami (JI) stated in Lahore on Monday that Pakistan people’s party and Muttahida Qaumi Movement (MQM) are accountable and answerable for Karachi’s current condition. He said that the only solution to this is to rise above political interests. Siraj ul haq addressing towards a conference in Mansoora stated that theft, blackmailing and many other crimes have reduced because of rangers operation however it is only a short term measure. He further stated that he parties could not deliver properly giving the blame to PPP and MQM. He recommended the citizens for a local body election as a day of judgement for all these political parties. Siraj ul haq even stated that this is not the first time MQM is put at blame for all this adding that the government should take some action against them