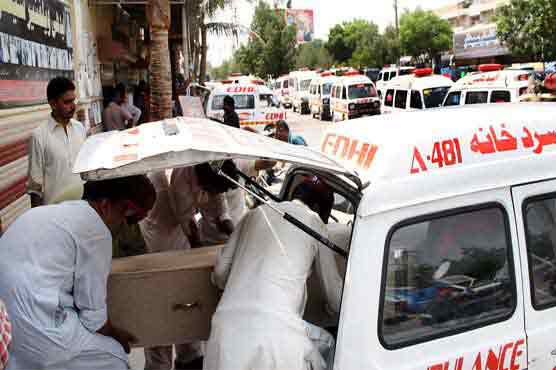 Karachi-  The death toll has risen to 429 due to the devastating head wave across Sindh with high humidity and power cuts also less water consumption due to Ramadan fasting reported by Dunya news. Government hospitals stated that they are treating the patients suffering from heat waves. Om Monday the temperature was 42 degree Celsius despite the shower due to which people suffered from heatstroke. 200 people have lost their lives due to the heat waves in the last three days bestowing towards Doctor Seemi Jamali, spokesperson of Jinnah Hospital. A state of emergency has been imposed by the Sindh government and has increased the medical supplies also cancelled holidays for doctors plus Pakistani rangers have made heat stroke relief centres in various places of Karachi for its citizens. Up till now 64 people have died in civil hospital, 15 in Ziauddin Hospital, 22 in Liaquat National hospital, 23 died in Qatar hospital, 17 people lost their lives in Indus hospital, 8 died in the New Karachi hospital, 7 in Lyari general hospital and another 69 deaths in various Kmc hospitals.