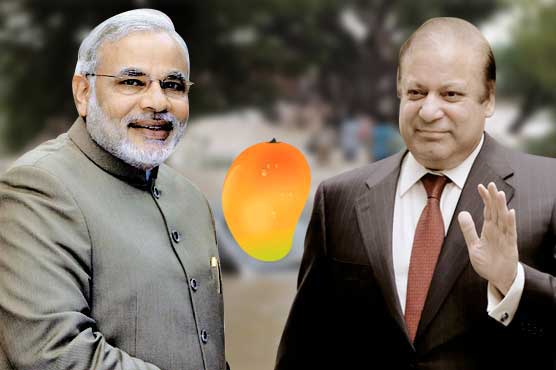 Indian Prime Minister Nerendra Modi was received by Pakistani mangoes as a Eid gift by Prime minister Nawaz Sharif on Wednesday in spite of the ongoing tensions and Indian infraction on the working boundary and line of control (loc). The Indian media took this gift as a diplomatic protocol they stated that the mangoes have been sent as part of diplomatic protocol. Prime Minister Nawaz Sharif had sent mangoes to the Indian Prime minister as well. Due to multiple border infraction and fatal unprovoked firing by the Indian side the situation this year became more tensed. The result was a refusal to accept sweets from Indian forces on Eid by Pakistani rangers. Still the result of this mango diplomacy is yet to be seen.