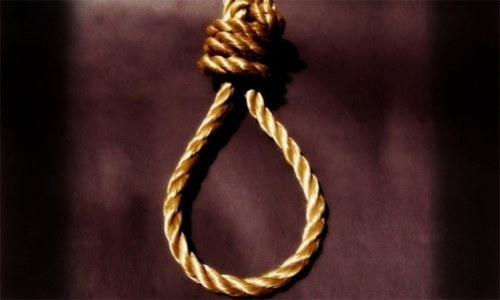 LAYYAH- In Kot Sultan, Sohiya Thal, a man beat his wife resulting her being knocked unconscious, he hanged her with a tree to make it seem like a suicide.

Late wife was identified as Hattan Bibi. She was married to Abdul Majeed by a jirga following Vani, because Hattan’s brother eloped with Majeed’s sister.

Vani is a traditional practice located in parts of Pakistan where young girls are forcibly married as part of punishment for a crime executed by her male relatives.

“Majeed was ten years younger than her wife Hattan. They also have a 2 years old daughter,” a villager informed, “Majeed wanted to do second marriage with another girl but he never got permission from his wife.”

Police was informed by Majeed (after he killed his wife) that his wife has committed suicide.

A case has been registered against Majeed and with his brother Ghulam Fareed and currently both of them are in jail.